For Kalmar, 2020 has been a year of adaptation, acclimating to the new industry climate, new customer needs and a new way of working. However, the company’s earlier decisions to invest in digitalisation, electrification, automation and remote services have proven valuable in the new normal. In this interview Antti Kaunonen, President, Kalmar Automation Solutions, speaks about how Kalmar adapted, what the industry is demanding and prospects for the future. 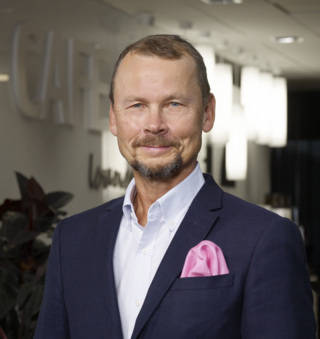 For many companies survival during this period has meant implementing cost saving measures, rethinking business approaches and reacting quickly to an unpredictable business environment.

First, Kaunonen noted that of course customer behaviour has changed throughout the year. However, he was keen to stress that nothing has been cancelled, instead many have chosen to postpone decisions on investments.

Kaunonen said that for Kalmar’s Automation Solutions the beginning of the pandemic immediately raised some challenges.

“Because we have a centralised set up for the big deliveries, we had real difficulties in getting people to the sites. It was almost impossible,” he said. “But overall, I feel that we, like most businesses, have been able to react quite well and have been relatively flexible with being able to cope with different demands.”

To mitigate some of the biggest impacts of the pandemic the company reacted fast and brought about a number of cost saving activities early on this year to adjust and restructure operations in order to preserve cash.

Keeping customers in the loop has been key for the company because ultimately for the customers it is about moving boxes, and without this there is no hope of trade, Kaunonen said.

As to when customers will leave this wait and see position still depends on the course the pandemic takes but even with the vaccine in sight this does not mean that there will be a return to normal activities immediately.

With regards to project delivery the company has numerous large projects across the globe. One issue that Kalmar faced in early 2020 was that its suppliers suffered logistical issues as a result of national lockdowns.

Kalmar had suppliers in many areas highly affected by the COVID 19 in Southern Europe and China. Therefore, Kalmar was faced with supply chain issues from the early days of the pandemic.

While the company did already have a policy that it would have at least two suppliers for the same components as insurance for its equipment it had not considered that these suppliers may be in the same location.

Now the company is looking to secure suppliers for these components in different locations.

“Everybody has learned to live in this kind of new normal. The supply chain is not such a huge issue as it used to be because trade is now going forward,” Kaunonen said.

Another solution the company has deployed to support its customers is on the service side. It has drastically increased the remote services and support it offers much of which would previously be done by a local team but can now be completed centrally.

However, there are still some things that just cannot be outsourced such as mechanical installations and unloading/loading the equipment. Rather than sending in Kalmar employees from out of the country the company has been able to use the local workforces in these instances.

Turning to Kalmar’s product portfolio, which includes a number of automated and electrified solutions, Kaunonen said that the company’s decision to focus on remote connectivity and automation early on has placed the company in a good position today.

It has also meant that customers who were not convinced about remote services are now more on board and it has become something that is expected, rather than an option.

All of this involves data, and we have a lot of it with over twelve thousand mobile equipment units connected.

“It has forced us to speed up how to leverage that information and how to use that information to the maintenance and to the service part. I would say we had made good decisions earlier; we didn’t know at the time how good those decisions would be,” he said.

Data analysis will continue to be a key area for Kalmar going forward.

“Think big data, data mining. I have always said knowledge is power but too much information creates pain. You really have to get knowledge to get the useful things out of the data.”

On automation Kaunonen said that COVID-19 has resulted in a positive push towards automation.

“What has happened is in some operations they have not had enough people available so from that kind of context automation can help.

“The other thing that COVID-19 is pushing is that in some places the air quality improved during the lockdowns. So, the push towards clean air is going to be key and there will be a strong push towards the regulations on climate change.”

For Kalmar, this places them as an attractive supplier of electrified equipment and for 2021 the target is that all of the company’s solutions will be available in fully electric.

In closing Kaunonen said that all the changes that have been discussed are here to stay. This also includes the idea of more remote working for office staff.

Before the events of 2020 Kalmar had been set to increase its office footprint and expand office space, this of course now has been scaled back.

This interview was originally published on 9 December 2020 in Port Technology International.

Working with a spare parts vendor is a necessity, but working with a service partner is a key to success. It is not always possible to predict when a specific part will be required. However, by working with the most appropriate service partner, customers have a much better chance of anticipating parts requirements beyond those required for scheduled maintenance and service.

Kalmar is conducting extensive research and development around people tracking, a technology that is being tried out at the company's Technology and Competence Centre in Tampere. How will people tracking help improve the safety and productivity of automated operations at container terminals?

Mumbai based Vandana Chimote, is one of many Kalmar employees delivering above and beyond all expectations as to create new work practices to meet the demands of Covid-19 pandemic restrictions. 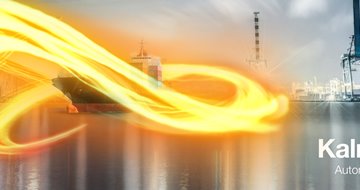